UPDATE 1.40 p.m .:An underground cable fault caused the unplanned power outage in Mackay’s CBD on Tuesday, a spokeswoman for Ergon Energy has confirmed.

She said the power should be restored around 2 p.m.

The Sydney St market complex, including Coles, is one of the companies concerned.

The Ergon spokeswoman said a circuit breaker had tripped and the crews were trying to find the fault.

There is more to come.

How to activate your free Courier Mail subscription

Your dose of Harry Bruce cartoons 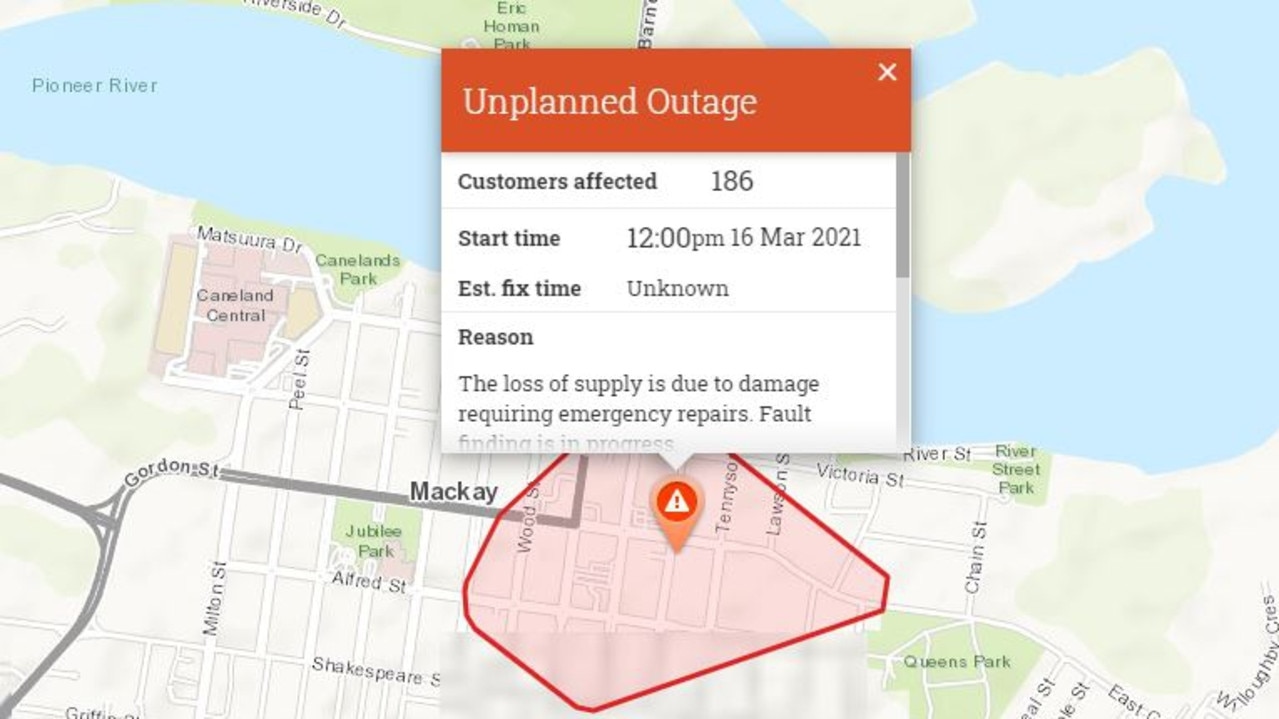 Mackay CBD had a power outage.